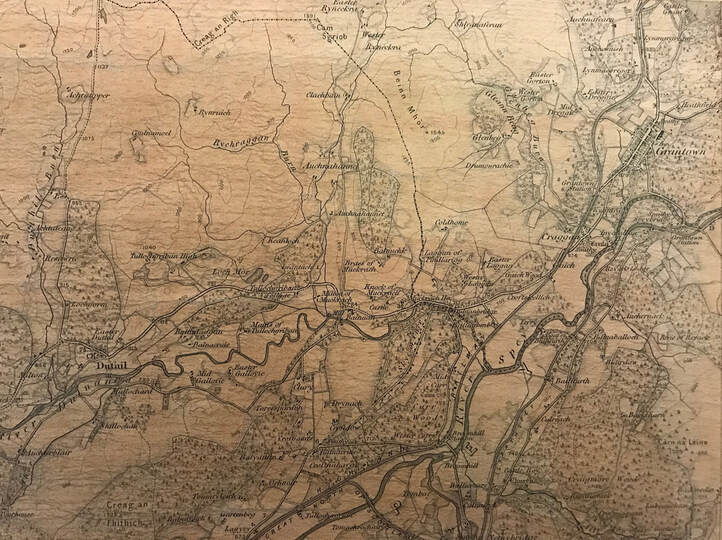 Grantown Museum is owned by Grantown Museum & Heritage Trust.
Our team consists of a professional manager, a curator and a group of dedicated volunteers.
The Trust has over 200 members, with a Board of Directors elected from the membership.

Members pay an annual subscription. Our volunteers help the museum with fundraising events and in the shop and Tourist Information Centre.
The museum is a major community initiative and remains an ongoing community project.
​Burnfield House, home of the museum, was purchased in 1995 for £150,000, raised entirely from private sources. A further £300,000 was raised, with help from the Heritage Lottery Fund. We officially opened our doors to the public in April 1999. The campanile outside Burnfield House was built to house the restored town bell in 2006 with funding provided by the Bulmer Trust.
Board of Directors
Grantown Museum & Heritage Trust
Seonaid McLaren - Chair
Dan Cottam - Company Secretary - dan@grantownmuseum.co.uk​
Duncan Grant
Jane Hope
Suzi Wilson - suzi@grantownmuseum.co.uk​
Jack Krawczynski

The museum is housed in Burnfield House, which was built in 1861 as the Grantown Female School. The money was proved by the will of Capt. John Grant (1774-1861), who was the factor of Strathspey. £400 was spent on the building and £400 was to be be invested to provide a salary for the mistress of the school. Fees for the pupils were to be one shilling for a 3 month period. All pupils had to be members of the Established Church.
The school opened in 1862 and by 1865 there were 63 pupils - the pupils were to be taught reading, writing and sewing.
​By 1875 Burnfield had accommodation for 140 pupils (but actually had 172). The Education Act of 1872 caused the formation of School Boards which took over the Grantown Free Church School in 1873, Grantown Grammar School in 1876 and Burnfield Female School in 1888. The Grammar School was extended in 1889 and Burnfield closed in 1890 when its pupils were transferred to the Grammar School.
​The building was sold in 1891 and was a private residence for some time, before became a cafe and then a bed and breakfast. In 1995 it was sold to the Grantown Museum and Heritage Trust. The museum opened to the public in 1999 after extensive renovations.
A portrait of Capt. Grant (also know as "Congash") hangs in the museum entrance.